Glad moment for the developers.

As Google has now publicly announced fuchsia the next open-source OS.

the story was started from 2016 when a media outlets reported on a mysterious codebase post published on GitHub. From there, the fuchsia was publicly somehow exposed. and in those days no one was aware that Google will be developing a new OS in spite of having all of its products mainly made for android .and having a 2.5B of active user family all over the world .that are actively using 50+ google products on their Android devices. here comes a question of what is the reason behind it.

fuchsia is the next open-source OS fully developed by Google. Mostly all the development of fuchsia is developed using DART   language that is basically a client-optimized programming language developed by Google. is used to build mobile, desktop, backend and web applications. is now used for the OS building and then also definitely its most of the products will also be build using dart in the future. Dart allows the high performance of loading 120 frames per second.and also a graphics rendering engine called Escher. 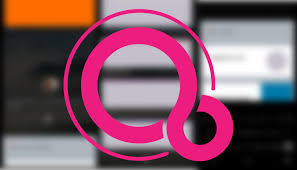 The concept behind the name of fuchsia is “Pink + Purple  =  Fuchsia. Fuchsia is based on a new microkernel  Zircon. The name Zircon refers to the mineral of the same name .by  a report on GitHub that fuchsia will be running on many platform embedded system to a smartphone, tablets, and also for personal computers.

In 2017 the first interface of fuchsia was announced .now on 1 July 2019 Google has officially announced the fuchsia and also the fuchsia website is also open now for the customers that are allowing the documentation and the source code details ……

What’s new in fuchsia? why fuchsia? 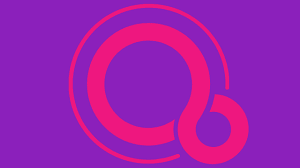 Fuchsia  is developed in Flutter using DART client-optimized programming language. flutter is a software development kit that allows a cross-platform tendency for fuchsia. (flutter has written once use the twice property ).

Fuchsia  parts can be installed in android applications also…

A special version of Android Runtime for fuchsia will be developed Ars Technica noted that Fuchsia has nothing “works”, adding that “it’s all a bunch of placeholder interfaces that don’t do anything.” there are many more similarities between Fuchsia’s interface and Android, including a recent Apps screen, a Settings menu, and a split-screen view to view multiple apps at once is the same as that of Android.

There is no concept of through updates in Fuchsia .all the updates will be provided directly to the users .in spite of sending it to the company and then  to the users .

Google and its entire developer community are working hard to support as much as they can to flutter and  fuchsia. as per of a estimation that the resaon behind investing time in Google developer communities and the students club is to support flutter and enlrage the ecosystem of  Flutter. flutter and go will be the next trend for mobile and cross side development. and google himself wants to remove the label of dependencies of java in native Android development and go beyond expectations with flutter and fuchsia that will be cross-sided framework and operating system compatible in every situation.

Flutter has recently released a web version  with stability towards building web applications and lots of beta versions of web apps are deployed with firebase backend and are running successfully .

Flutter on the Windows version is also launched now everyone can create desktop and mobile app on a single development and injections .

WhatMobilePrice is the largest independent Mobile Prices publisher in Pakistan. Already a leader in technology and telecom, WhatmobilePrice is bringing the same expertise and comprehensive coverage to Mobile Features, Specs, Reviews, Comparisons, and many other services.

Any cookies that may not be particularly necessary for the website to function and is used specifically to collect user personal data via analytics, ads, other embedded contents are termed as non-necessary cookies. It is mandatory to procure user consent prior to running these cookies on your website.